Neuschwanstein: The fairytale on the hill

When someone has something to prove, iconic monuments like Neuschwanstein Castle are often the result. But what was supposed to shore up an eccentric king’s power, quickly became a tourist attraction after his demise.

It was 6am and, after getting only 3 hours of sleep, I was awoken by a ringing alarm clock, which I was flailing around in the dark trying to find the nightstand to silence. After 10 minutes of agony, I struggled to get myself out of bed, battled my personal demons and somehow got myself ready to hit the road, remembering few of the details. All of this effort was in order to make use of the two hours of daylight predicted by the weather forecast, to get to the place where so many fantastic photos had invited me: Neuschwanstein Castle.

There’s really something phenomenal in arriving somewhere at night and discovering an entirely new me the next morning in an entirely new world. That’s exactly how I felt being driven through Bavaria’s postcard-like landscapes, amazed by the peaks of the Alps poking through the angry storm clouds and the sleepy Milka cows grazing on green pastures.

Neuschwanstein: The fairytale on the hill

As soon as I arrived to the parking lot of Neuschwanstein Castle, and the scenery unfolded in front of me, I had completely forgotten that my every desire was a cup of coffee. It’s like a fairytale up on a hill. Over 60 million people have visited Germany’s Neuschwanstein Castle, which hosts an average of over 1 million tourists per year.

Is it all because the castle, built by King Ludwig II of Bavaria in the 19th century, looks like Walt Disney’s Sleeping Beauty Castle in the center of Disneyland (and symbolizes Walt Disney Pictures)? Well, it has something to do with it, I’m sure.

Disney was allegedly influenced by “mad Ludwig”, the determined young king who endeavored to build this castle as well as other pet projects, to the point that he went into massive debt.

Still, when you actually see Neuschwanstein you realize what an iconic image the majestic castle has become: the massive-yet-slender, multi-story slice of white wedding cake whose turrets pierce the drifting clouds of the Bavarian sky.

No happy end for this fairytale

Oftentimes, a bit of tragedy lies behind beautiful things like this castle, a gentle reminder of the misfortune.

Ludwig himself was actually born and lived in another castle about 15 minutes away. But, after a loss of his sovereign power to the Prussian Empire, building things was a way to reaffirm the power of his sovereignty. Thus he pursued construction of Neuschwanstein in the Romanesque Romantic style, the walls draped in reliefs depicting the mythology of the nation. The castle was also a tribute to the operas of composer Richard Wagner about whom Ludwig had somewhat of an obsession.

And there would be no fairytale ending for Ludwig, who was declared unfit to rule; he was found dead in a lake two days after the declaration. Not long after, the castle was opened up to the public to defer the expense of its construction.

A beautiful church – writing a wrong

Not far from Neuschwanstein Castle but still delightfully picturesque, is the St. Coloman Church, named after an Irish pilgrim who was en route to the Holy Land. The tragedy here is, locals mistook him for a spy because he looked strange, and they killed him. Realizing a wrong had been done, Coloman became a martyr and saint in Austria.

Today, the church’s onion-domed tower at the foot of the Bavarian alps is a testament to him and it also perfectly fits in with the atmosphere of the gorgeous countryside there, and is a must see for those visiting Neuschwanstein Castle.

All-in-all, I’m pretty sure that the experience was worth getting up for. What do you think?

My name is Erika, and I am from Budapest, Hungary.

While I have a full-time job as a brand strategist, I am happiest when on the road, at the ready with camera in hand. Travelling and photographing this beautiful world is not only a hobby for me but also a way of quenching my thirst for new cultures, languages and meeting locals. I love discovering roads less travelled and hidden gems, hence this website and the concept of Be My Guides were born.

Climb aboard and join me on my next adventure! 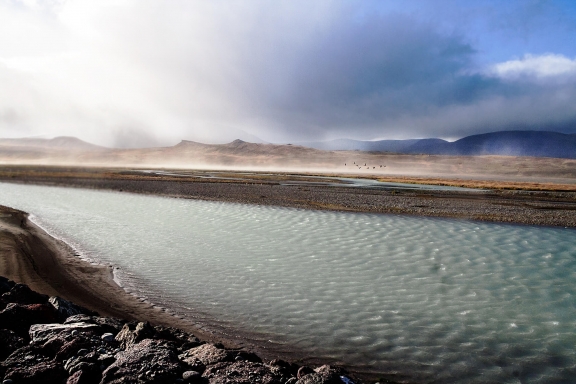 MOST IMPORTANT THINGS TO KNOW BEFORE YOU VISIT ICELAND

PARIS: CITY OF LIGHTS AND MANY SIGHTS